The Last Drop Distillers has announced the launch of its eighteenth release, the 1970 Glenrothes single malt Scotch whisky.

Last Drop’s whose mission is to seek out parcels of fine and rare spirits from forgotten corners of the world.

These single casks were distilled in 1970 and complete the trilogy of Glenrothes Single Malts. The first, from 1968, was released in 2018, and the second from 1969 in 2019: alongside this final bottling from 1970, they collectively make up a unique trilogy of remarkable whiskies.

On 6 December 1970, at the renowned Glenrothes distillery in Speyside, a rich, fruity single malt was distilled and put into three neighbouring casks. They were left undisturbed to mature for nearly 50 years before The Last Drop Distillers bottled them in January 2020, completing the trilogy of the Glenrothes Single Malt bottlings. Cask No 10586 yielded 103 bottles, Cask No 10588 produced 87 sets and Cask No 10589 filled 96 bottles, making a total of just 286 bottles – each accompanied by the signature TLD 50ml miniature – available worldwide.

Despite being neighbouring casks, the mysterious alchemy which happens between distillate, the surrounding air and the wood has resulted in three similar, but distinct whiskies.

Last Drop Distillers celebrate the differences between individual casks and chose to bottle each of these ‘sibling casks’ separately. 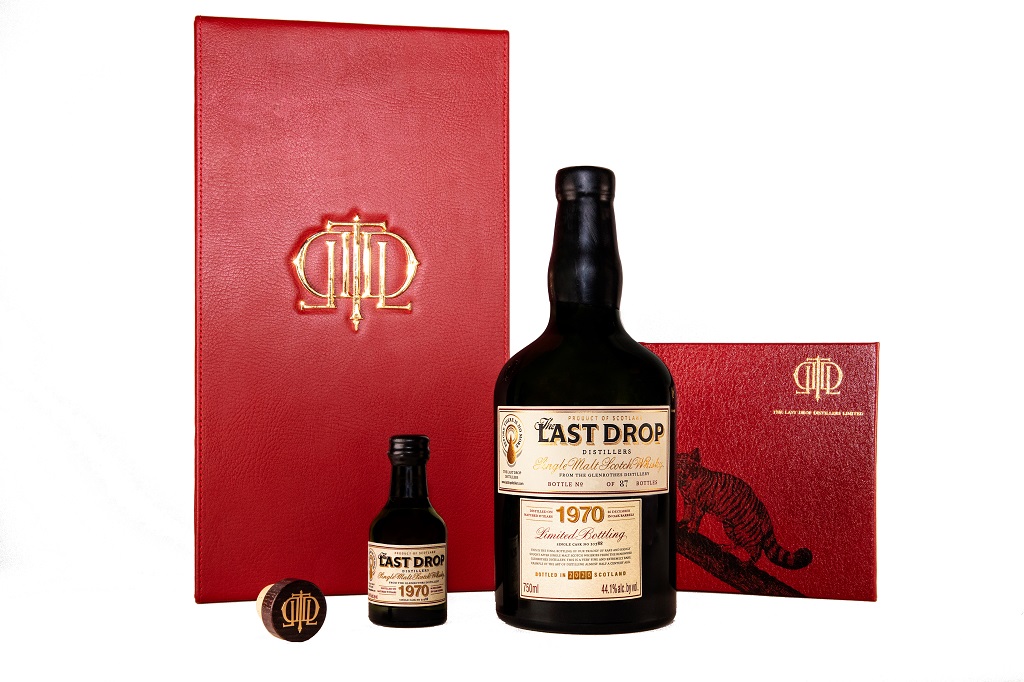 Whisky expert Jim Murray shared his tasting notes for each of the three casks.

For Cask no. 10586 he says that: ‘the taste is delicate, the spices make their way forward, this has drifted off in the general direction of perfection.’ Cask no. 10588: ‘is a delicious and highly unusual mix between eggnog and bourbon, with the unmistakable air of whisky royalty.’ Finally Cask no. 10589: ‘is so silky and salivating, and the good news is that despite the oaky intervention the malt can still be enjoyed to the full: talk about a whisky to bring back the memories. So beautiful.’

‘These three casks are truly drams for whisky lovers and spirits connoisseurs; ones that you might wish to savour quietly on your own, before sharing with carefully chosen accomplices who will appreciate their unique characters.’

As with all of The Last Drop releases, each bottle comes packaged with its signature 50ml miniature replica and pocket-sized tasting book with additional pages for personal tasting notes.

The release has an RRP of £5400 and stockists can be found at www.lastdropdistillers.com/stockists.