As Decades II includes Scotch from the previous five decades at Tomatin, the distillery is keen to celebrate the long serving Tomatin staff, over 50% of whom still live on the distillery grounds to this day, decades of tradition still going strong

Located 18 miles outside of Inverness, Tomatin is one distillery that has retained its beautiful grounds and on-site accommodation, something long serving staff members Bruce Bartletts and wife Rose are thankful for. For 28 years, they’ve lived on the distillery grounds in their own house, moving to Tomatin after Bruce secured a job in the warehouse.

Unlike her husband, who has had various roles on site, from the warehouse, grounds staff and now working as a forklift driver, Rose started her Tomatin journey as a tour guide. She joined Bruce at the distillery as it ‘was easier than commuting.’ Tour guide work was ‘quite nerve racking,’ and required Rose to quickly absorb the “ins and outs of the distillery’.

For the last 19 years, Rose has worked as Tomatin’s office manager, and greets everyone who enters the office building, she is also tasked with distributing samples of both core range and limited-edition Scotch to clients, press and more. 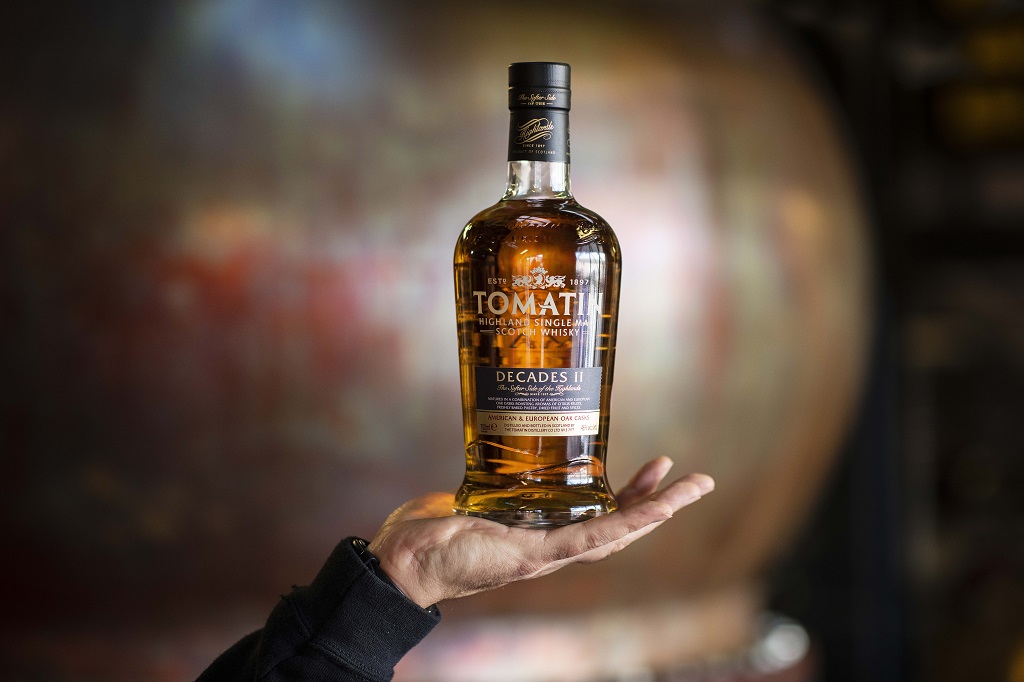 After 28 years of remote living, Bruce has had quite a lot of time to adjust to a life where the nearest pub is over fifteen miles away.

He said: ‘Going for a drink is a nuisance, it’s a £40 taxi to town and the same back again.’. Despite the isolation, the couple are part of a close knit community of distillery staff where approximately thirty workers, or retired workers live in the on-site accommodation. ‘It’s nice and quiet,’ addedBruce, ‘except for maybe when the tractor goes past at eight in the morning…’

As both Bruce and Rose have spent decades in the industry, it’s not surprising their son decided to follow in his parents’ footsteps. Alan decided to stay at Tomatin after leaving school and, 16 years later works as Tomatin’s resident cooper. To secure the role, Alan had to dedicate the same amount of time that some would spend on medical degree training with one of Scotland’s 300* remaining coopers.

Day to day, Alan is charged with maintaining the thousands of whisky barrels at the heart of Tomatin’s stores, monitoring them to prevent a potentially expensive leak and ensuring they’re prepped and ready for the next malt. For Alan, work might be ‘hard on the hands,’ but it’s incredibly satisfying to ‘have work on your doorstep.’ Despite his solitary role, he thinks it’s important that ‘everyone who works at Tomatin gets along,’ as most of his fellow colleagues are also his neighbours. 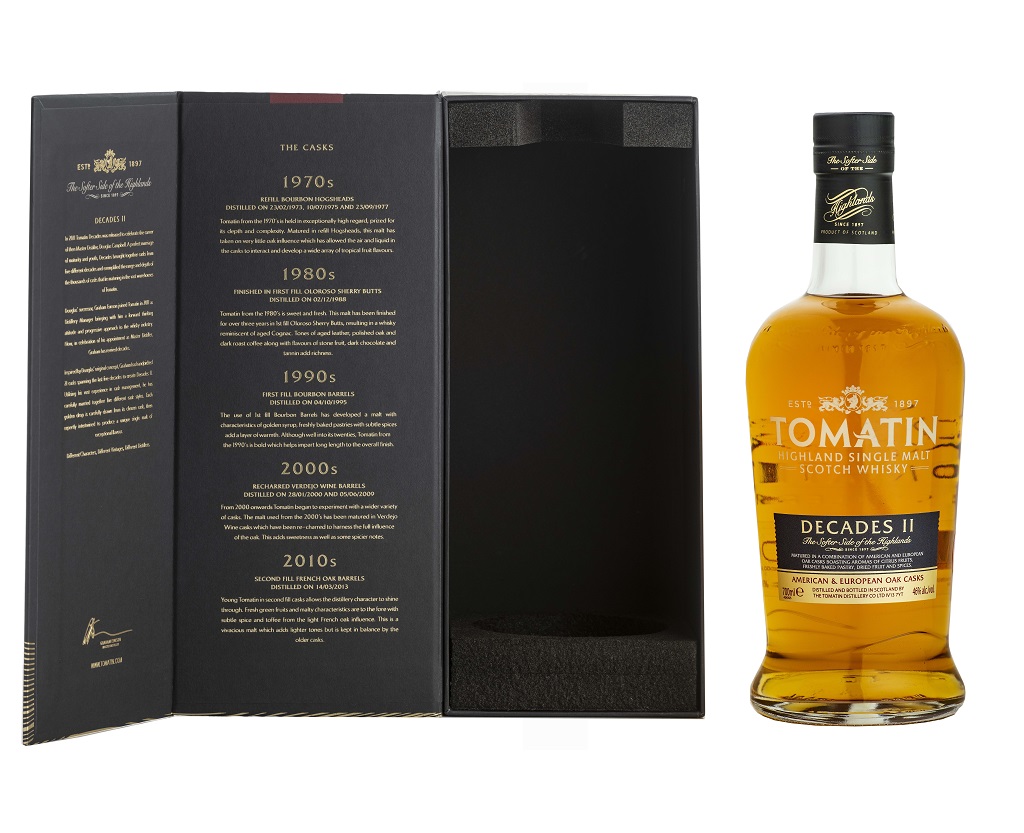 For Alan, his colleagues and neighbours are none other than his parents Bruce and Rose, who live ‘three houses down’. They are thrilled that their son decided to stay in the industry, and live alongside them to enjoy ‘the Tomatin life’ that they both enjoy so much. Eventually, when the pair retire they hope to keep living at Tomatin, as many of their former colleagues have done.

In fact, live-in workers like Bruce, Rose and Alan are the norm at Tomatin, with the practice of bringing young family members into the industry a long running tradition, one praised by Tomatin’s director.

Graham Eunson, distillery operations director of Tomatin said: ‘At Tomatin, our staff have been the custodians of some really exceptional Scotch for years, and it’s reassuring to know that their care and passion will be passed down through family members, long after the current generation has retired.

‘As Tomatin’s new Decades II expression includes whisky from the last five decades at the distillery, I can’t think of a better way to celebrate the launch than to honour the coopers, warehouse and office staff that have made the brand what it is today.’

Tomatin’s Decades II is a limited edition run of 3600 bottles, on sale at specialist retailers for £175 per bottle.

The post The whisky workers living on the distillery grounds appeared first on Scottish Field.