The Ardgowan Distillery has launched Coppersmith – the first in a series of limited edition whiskies.

The premium dram – which retails at £49.99 – is a blend of malts from Speyside and Highland distilleries wholly matured in first fill Oloroso sherry casks.

It has been created by Max McFarlane, one of the world’s top whisky makers, who recently joined the Ardgowan Distillery team.

Max said: ‘Coppersmith is the first in the Clydebuilt series of whiskies which Ardgowan Distillery will release in the years ahead.

‘Each bottle in the series will celebrate the pride shown by generations of workers on the Clyde, who together built some of the world’s most illustrious ships.

‘In our first release I wanted to produce a top-drawer blended malt and I believe that is what we have achieved.’

Coppersmith is non-chill filtered, non-coloured and has been bottled at 48% ABV. 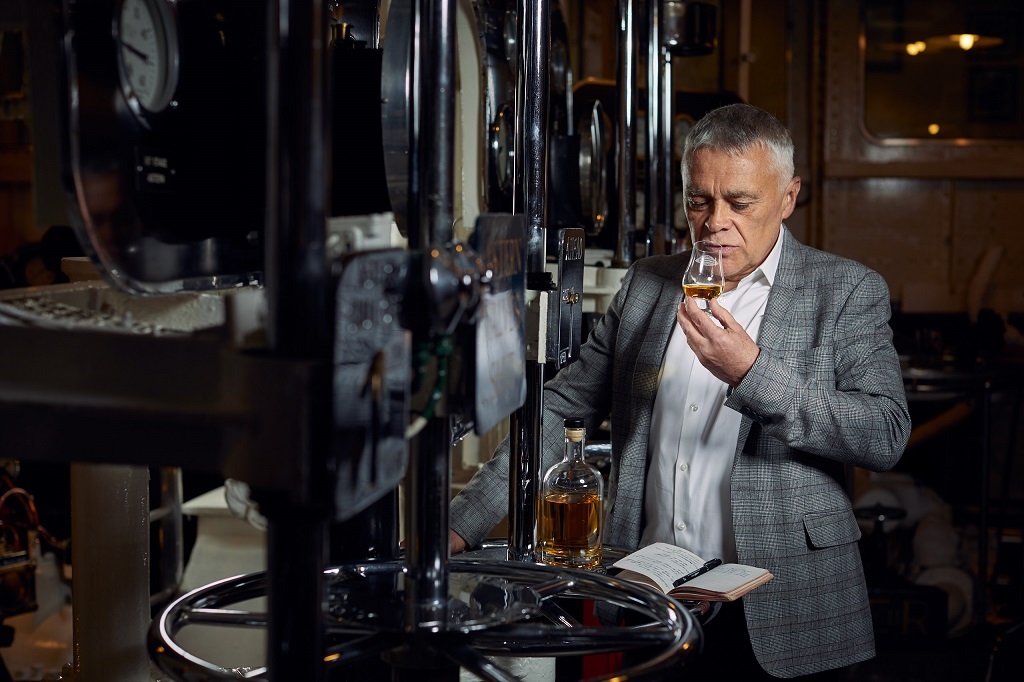 It is described as: ‘A whisky to savour, which oozes opulence and stunning cask maturation with a super balance of sweet and spicy, heather honey, sultanas and very dark chocolate, with a long, dry finish.’

The whisky will be available in selected retailers from October 1 and is now available to pre-order online via the Ardgowan Distillery online shop (UK and Ireland only).

The new release follows the recent success of the distillery’s Expedition blended malt which won the gold medal in this year’s Scottish Whisky Awards for the best blended malt over 12 years old.

The Ardgowan Distillery Company Limited project is being developed in Max’s hometown of Inverkip, 30 miles west of Glasgow.

Max joined the company to help the fledgling distillery develop its whisky-making skills and deliver the Clydebuilt series. In the years before the distillery’s own products are available the company intends to develop its whisky making skills and build strong relationships with both UK and global customers by creating where possible unique, collectable and desirable whiskies.

The CEO of Ardgowan, Martin McAdam said: ‘The first steps on our journey in developing our distillery is to bring together a great team. We have Willie Phillips our chairman and now Max McFarlane, both of them are amazing whisky legends. We are in awe of their skill.

‘The starting point with both of them is quality. With Willie we created our Expedition blended malt and now with Max on board we are very excited by his ideas and creativity.

The CEO of Ardgowan, Martin McAdam

‘Bringing these products to market helps establish our brand and demonstrates to the world that we have a team that can create great whiskies. Until we have our own product on shelves it is also very important to generate revenues from these initial products and forge routes to market around the globe. We must never forget that 93 percent of Scotch whisky is exported.’

For over 40 years Max was whisky maker for Edrington where he ensured the quality and consistency of some of the industry’s most iconic brands, including Famous Grouse, Cutty Sark, Bunnahabhain, Tamdhu and Highland Park. He was appointed a Keeper of the Quaich in 2017.

Martin added: ‘You can see why we are so privileged to have him on board.’

The Ardgowan Distillery has already received planning permission for their one million litre facility and will commence construction next year. They plan to start distilling in 2021 and aim to produce a flagship seven-year-old alongside a range of younger single malts.

Max says he is delighted to be working so close to home: ‘When I first heard there would be a new distillery in Inverkip I knew immediately I wanted to be involved. It’s my home town and I have long thought that Inverclyde is a natural area for a distillery.

‘It’s en route to the islands, it’s near the sea and I think this will help us create a coastal lowland malt of real character.

‘Of course, this will be a number of years away, but our new Clydebuilt series will give us something to enjoy while we wait.’

Find out more at www.ardgowandistillery.com